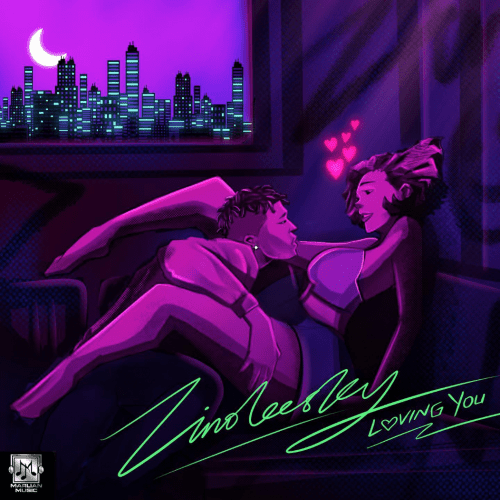 Soulful singer Zinoleesky emerged as a new voice in Nigeria’s street music scene in 2019 and was signed to Naira Marley’s record label within the year. In 2020, he released the single “Caro” featured his mentor, Naira Marley, and the official video received more than three million views in its first year.

Same 2020, he did quick follow up to Caro and dropped the monster hit track, “MaPariwo” which he used Wale Thompson’s 2001 hit “Lalale Friday” as a musical backdrop. Zino became most famous in 2021 with an Amapiano tune titled, “Kilofeshe“. Later in the year dropped 2 other amapiano tracks; Gone Far and Naira Marley.

Rocking is the most recent song from the young pop star. Still jumping on the Amapiano vibe to create one more hit with Niphkeyz on the deck. Rocking pays homage to Fuji legend, Pasuma sampling one of his old songs from the early 2000s. Rocking was an instant hit both on the streets and on the charts.

The new track “Loving You” samples Asa’s Be My Man.. Listen and Enjoy below;