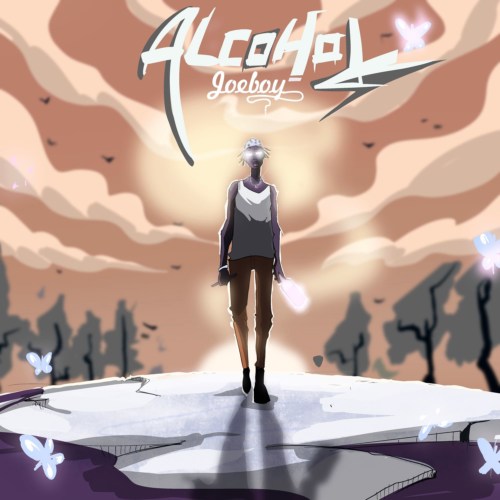 Fast rising African Pop-star, Joeboy is back with a new tune titled “Alcohol”, Produced by Tempoe.

Enjoying a hugely successful year, following the release of his vibrant debut album ‘Somewhere Between Beauty & Magic’ Joeboy releases his new single ‘Alcohol’. With production from Nigerian producer and collaborator Tempoe, ‘Alcohol’ gives fans another taste of the unique sound and creativity that have placed JOEBOY on the map as one of the most exciting and promising acts on both the Afropop and international music scenes.

JOEBOY has gone from recording cover songs in his college dorm to becoming one of African music’s brightest new stars, topping streaming charts and touring the continent with an improbable run of smashes. With lyrics that capture the innocence of young love and the sting of youthful heartbreak, the 23-year-old crooner has carved his own lane within the increasingly crowded field of Nigerian pop stars. Joeboy has gone No. 1 on Apple Music in Nigeria and Uganda with “Baby” and “Beginning” — his first two solo singles — as well as top 10 spots in Kenya, Ghana and Zimbabwe. His swift ascent and hitmaking talent has taken him beyond the continent, landing him coverage and plaudits from Rolling Stone, CNN, Complex, Pitchfork and Billboard among others.

Joeboy continues his ascent with his debut album, “Somewhere Between Beauty & Magic”, a celebration of love in its myriad forms. Off this project he released lovely visuals for tracks; ‘Lonely‘, ‘Focus‘, ‘Door‘, ‘Show Me‘ & ‘Better Thing‘.

His new 2021 single – “Alcohol“, produced by Tempoe & Mixed by OxygeneMix is a must have and listen.

Quotable Lyrics
I sip my alcohol
I don’t wanna reason bad things no more
I don’t wanna go back to where I dey before
Make nobody stress me no disturb me jo jo jo...