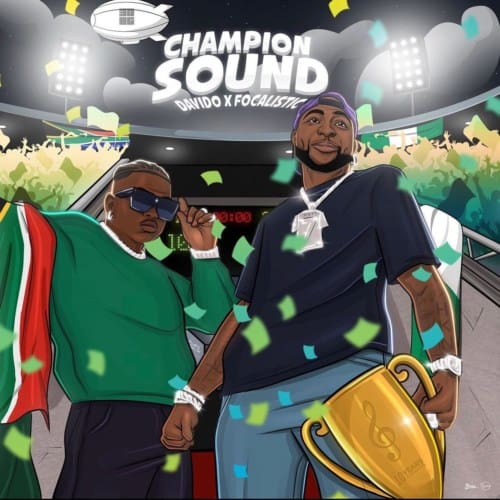 Just as Davido is still busy hitting the streets of social media with his #1Million Challenge, he slams us with yet another record titled “Champion Sound” featuring Focalistic. The South-African Amapiano god, Focalistic took this new record to a new level as Davido puts him on a High Pop Vibe.

Within a short year-time, Focalistic’s ability to blend honest rap lyrics to viral Amapiano instrumentals has endeared him to the music industry of South Africa.

We can’t be the only one who thinks Davido and Focalistic are arguably the sickest collaborators in the music industry right now. As they did in the past on Ke Star Remix, they are back with an even hotter jam and this one is dubbed, “Champion Sound”, with the slickest touch of Amapiano beat that will have your subconscious jumping for joy once it sinks in.

On this track, Davido informs anyone who cares to listen that he has been doing his Hit thing for about 10 years now and he definitely isn’t retiring soon. With an assist from Focalistic, the sound is moulded into one which will resonate with this generation for the longest.