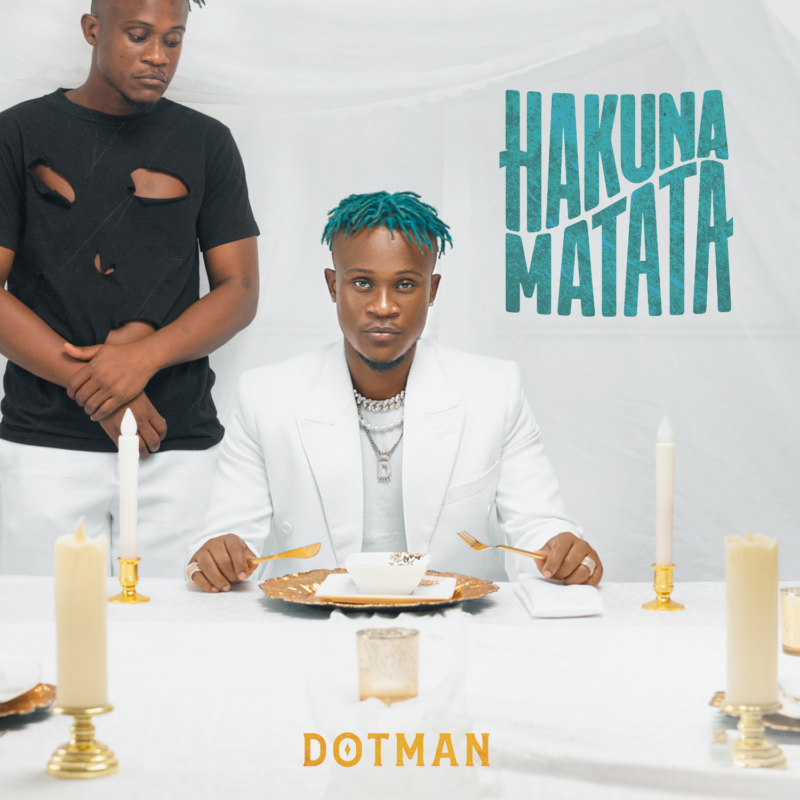 Talented singer, Dotman who has kept his eyes on the prize and now deserves more credit, because he has paid his dues Drops the highly anticipated – “HAKUNA MATATA” Album as promised.

Olatunji Oladotun Alade, popularly known as Dotman, is a Nigerian singer, rapper, performer. He is most famous for his hit singles “Akube”, “My Woman”, “Afro Girl”, “Enu Gbe” and “Omoge”.

Today February 5, 2021, the singer is here with his debut album – ‘Hakuna Matata‘. The body of work is a solo project (without feature) that consist of 17 tracks (Straight Hits). With music production credits to known producers; Fresh VDM, ID Cabasa, Lussh, Cobby Dollar, PAQ, Meezy, ID Cabasa, Ckay Yo and more. This album houses some of Dotman’s recent singles/Hits, which are; ‘FRENEMIES‘, ‘ENU-GBE‘, ‘DURO‘, ‘FEELINGS‘, ‘TONIGHT‘, ‘GIVEAWAY‘ and the Refix of the previously released Hit song ‘AWE‘. 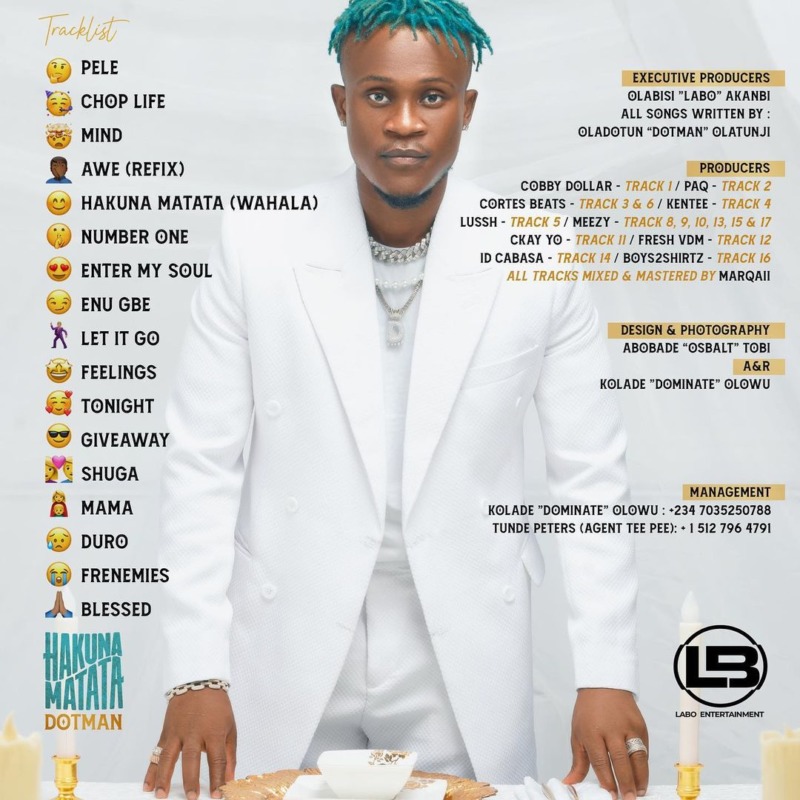 While several of his single releases explored his origin story and the intersections of lack, abundance and celebration, on this debut album, Dotman expands his mastery of expressing big goals through street-friendly language with new textures, as he reflects on growing up, family (“Mama”), and living in the moment (“Let It Go”), while celebrating just how far he’s come (“Blessed”). It’s the tale of a man who knows who he is, and as the storyline evolves, so does his sound, placing his unique voice at the centre of a backdrop that’s as emotional as it is anthemic (“Tonight”).