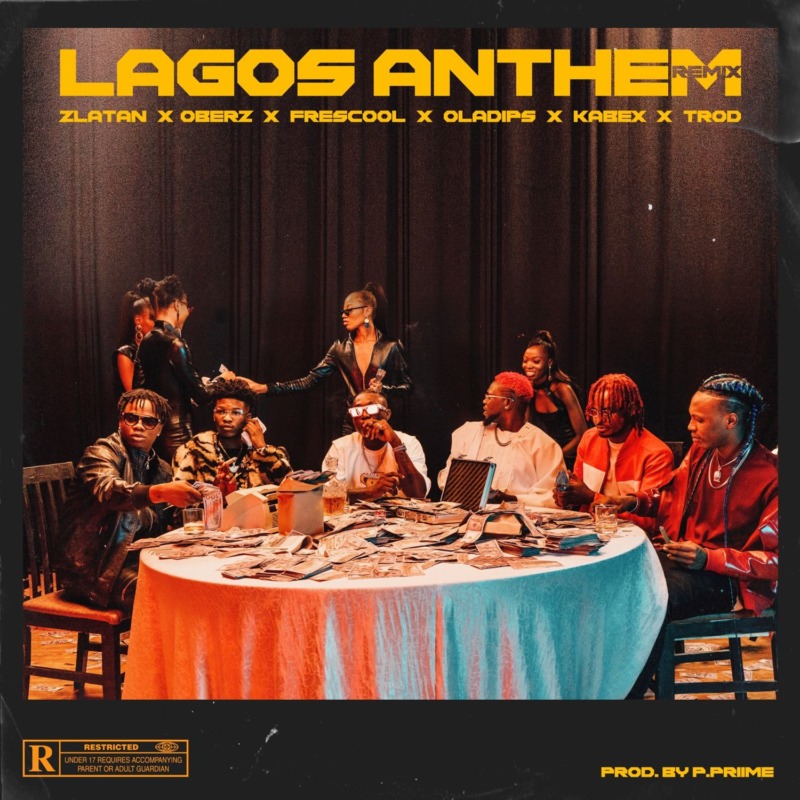 Finally the most anticipated remix for LAGOS ANTHEM which has been popping up on your timeline is out, Zlatan teamed up with Oladips, Kabex, Oberz, Frescool and Trod to deliver this topnotch, new feel tune.

The song recorded a huge success within a short period, World President/Zanku Boss got excited about this and decided to give us a new feel of the P.Priime produced Hit! He called on his close newbies a created another banger!

“I did a remix of MNDL with my brothers because I’m a huge fan of each of them. As MNDL Remix is released, I want you guys to watch out for my brothers. I can bet on their talents and I’m certain you’ll see what I mean soon. Cc @frescool__ x @oladipsoflife x @emini_kabex x @oberz_official @iam_trod YOU ARE NOT READY #MNDLRMX prod by @p.priime” – says Zlatan