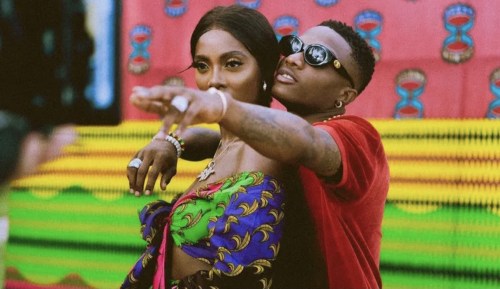 It’s raining love and forgiveness in the music industry…

Tiwa Savage and Wizkid might have put an end to their 2 years of rumored beef.

The music stars linked up after their performances at the Afrobeats festival in Berlin, Germany.

As seen in the video making rounds on the internet, Wizkid and Tiwa Savage met at the after-party and squashed their beef when Wizkid walked up to her and gave her a warm hug.

They chatted away like old friends who haven’t seen each other in a long time.

This act of reconciliation is coming days after Wizkid publicly declared his love for Davido and 2 years of Tiwa Savage being dragged by his fans.