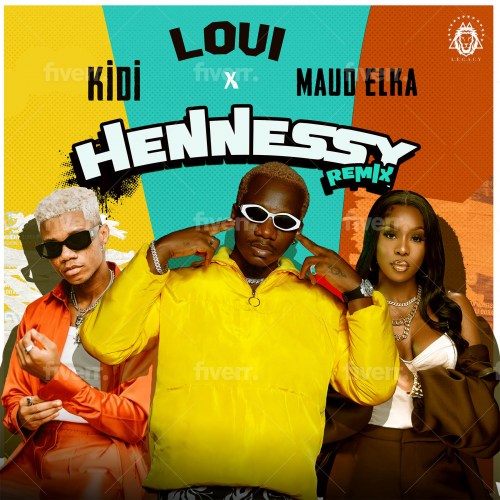 The first and only platinum selling artist in East Africa, LOUI is out with a new single dubbed “Hennessy Remix”. This comes after LOUI bagged the number 4 spot in Tanzania with the most monthly listeners on Spotify. Right after Bigwigs Diamond Platinumz, Harmonize and Rayvanny. On the banging song of the summer LOUI recruits Ghana artist of the year 2021 KiDi and French songstress Maud Elka on the remix.

LOUI’s delivery, KiDi’s touch and Elka’s Melodies on the song create a perfect banger for the fans to dance to. Produced by S2kizzy, mixed and mastered by prolific Nigerian producer “The Mix Monster” Selebobo. The song is accompanied by official visuals shot in Dar es Salaam Tanzania and directed by Director Kenny.

LOUI commented on the release: “I have been looking forward to this release with great excitement, we’ve all put so much work, time, and effort into this project and I hope it gives you every reason to enjoy and replay this song throughout the summer season. I appreciate KIDI and Maud Elka for their support on this, this project wouldn’t have been possible without their creative input and dedication”.

Listen, Watch and Enjoy the tune below;