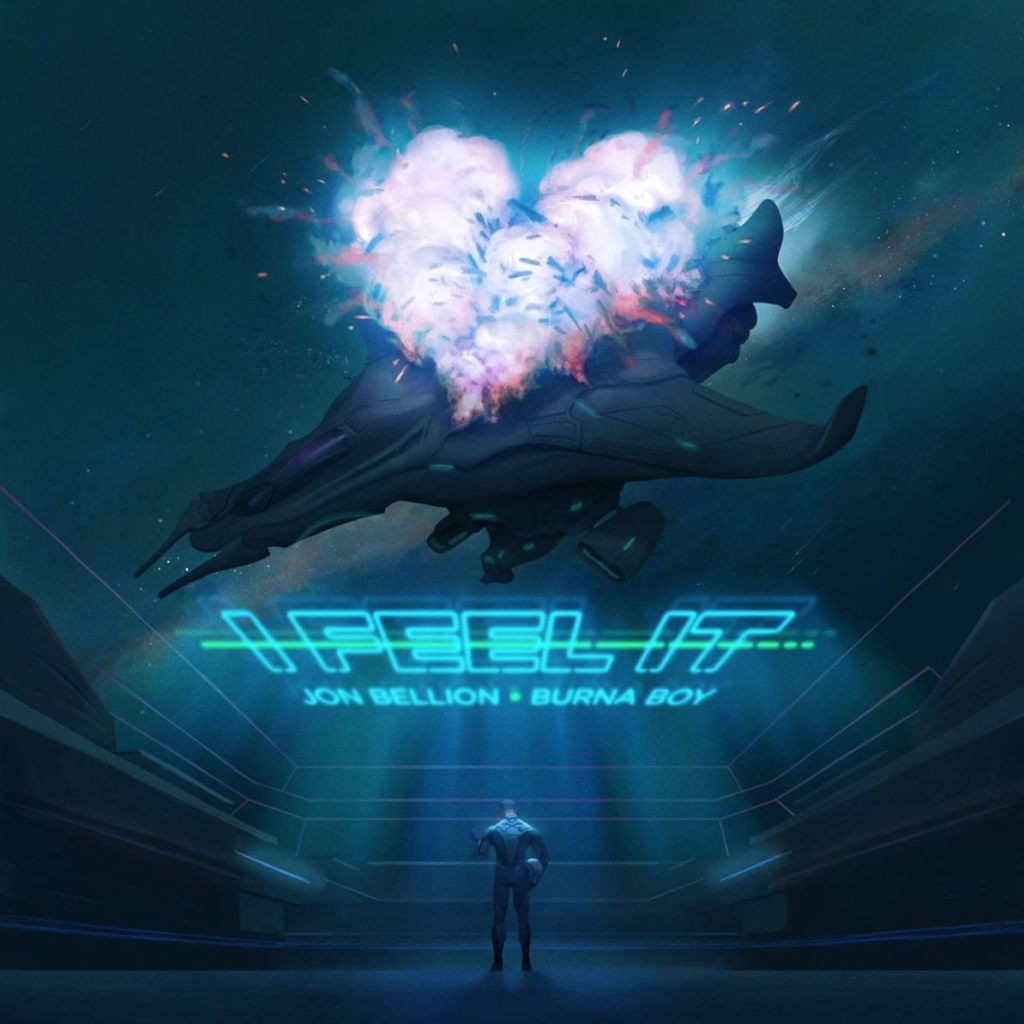 American rapper, singer, songwriter, and record producer, Jon Bellion who is notably known for his song “All Time Low,” collaborates with Nigerian Grammy award-winning singer, Burna Boy on this new song titled “I Feel It“.

A few days ago, the singer shared a snippet of the song and this got fans excited. Well, the collaboration is finally here and from what it looks like, this might just be a chart-topper.

Singer/songwriter Jon Bellion is an ebullient performer known for his cross-pollinated brand of contemporary pop that touches upon R&B, hip-hop, and indie rock influences. Bellion broke through with his 2016 debut, The Human Condition, which featured the hit single “All Time Low,” and landed at number five on the Billboard 200. He again cracked the Top 20 with his 2018 follow-up, Glory Sound Prep. An in-demand collaborator, Bellion has also garnered attention for his work with others, co-penning Eminem and Rihana‘s 2015 Grammy-winning song “The Monster”.

This new song, “I Feel It” is produced by Dineroo, Burna Boy & Jon Bellion.

We were young now bliss doesn’t come around
This is a way I feel and my heart it can’t take no more
Cause all that I know is
I feel it, I feel it?