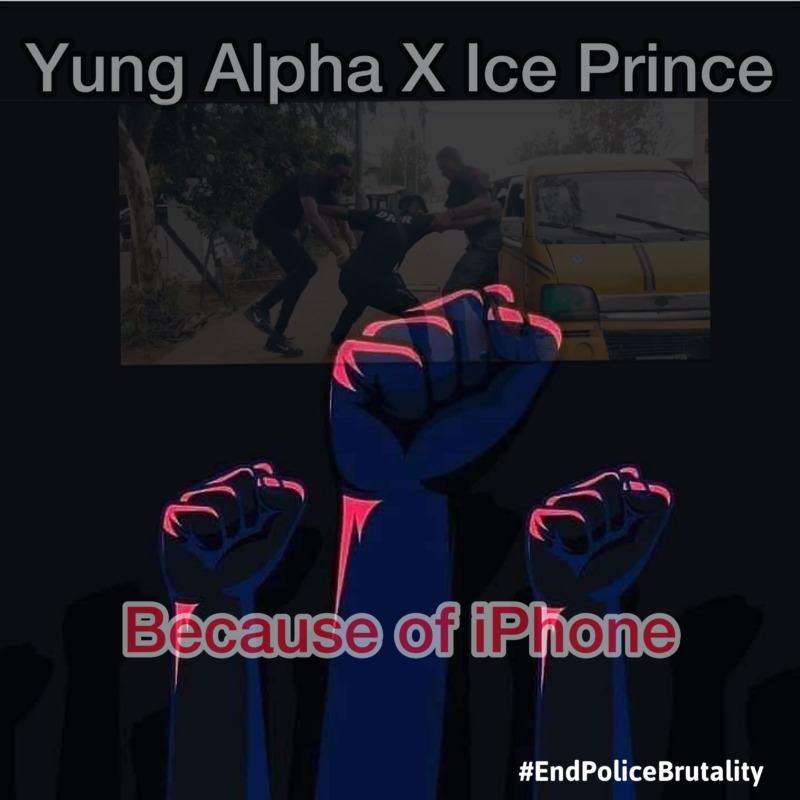 Yung Alpha and Ice Prince teams up for the song ‘BECAUSE OF iPHONE’ to lead their voice about Police Brutality on the #EndSars.

Amidst the nationwide ongoing protest by the Youths that is currently in progress against Nigerian Sars, Police Brutality and bad government Nigerian rapper and reality singer, Ice Prince teams up with producer Yung Alpha for the release of this record titled “Because Of iPhone“. This is to champion the hot movement which the youth are extremely demanding for a proper Reform.