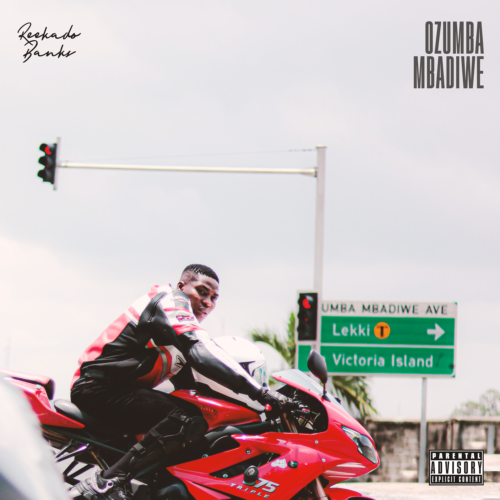 After A Long Period Off The Music Scene, Reekado Banks Makes A Returns With This Impressive Record Titled “Ozumba Mbadiwe”.

Remembering what happened at the Lekki Toll Gate on the 20th of October, 2020, Reekado Banks releases the new song- ‘Ozumba Mbadiwe‘, today 20-10-2021 (STREAM/DOWNLOAD).

Ayoleyi Hanniel Solomon known by the moniker, Reekado Banks is a multiple award-winning Nigerian international singer, songwriter and performer. The December 6, 1993 born singer made his big break in 2014 after penning a deal with revered African music label, Mavin Records and has since been on an impressive streak. Reekado Banks is deemed one of Africa’s most consistent hitmakers and this is proven by the array of music heavyweights that have enlisted his prowess as a featured act. This list includes Nigerian pop stars Wizkid and Tiwa Savage as well as East African songstress, Vanessa Mdee and rapper Ycee.

The last time fans heard from Reekado Banks was in 2020, when he released Off The Record EP. Powered by Reekado Banks’ innovative takes on Afrofusion, Off The Record strikes a balance between intimate sounds and major pop moves. He taps into his heritage, declaring Nigeria his home with guest Harmonize for the highlife-influenced “Mama”. With an assured outlook, Reekado brings along Mr Eazi and Tiwa Savage as he shares new experiences.

This new P.Priime produced tune ‘Ozumba Mbadiwe‘ is an announcement of Reeky Baby’s comeback (for those asking about his where about) and also to celebrate the protesters who lost their live this date in 2020 on Ozumba Mbadiwe Way, Victoria Island-Lekki Expressway.