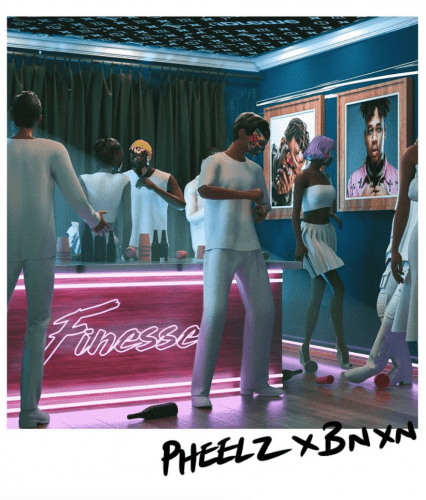 Pheelz is a Nigerian producer and artist. He started creating music as a 10-year-old singer in church. Since then, he has collaborated with some of the biggest music artists in Africa to produce chart-topping songs and albums. He is also a multi-instrumentalist who uses drum, piano, and guitar sounds to add spices to his beats. He has worked with a vast array of artists ranging from Olamide, Fireboy DML, MI, Akon, Simi, Mr Eazi, Runtown, Lil Kesh, Adekunle Gold, Teni, Tiwa Savage, Seyi Shay, Kizz Daniel, Wande Coal and Others. When he’s not producing for other artists, Pheelz spends time composing and writing tunes off his own.

PHEELZ was The Headies’ 2020 Producer of the Year!

Born in Lagos, Nigeria, Daniel Benson (Buju) is an Afro-Fusion Singer and Songwriter. The name ‘Buju’ is a coined acronym that stands for ‘Beauty Underneath Just Understood’. The singer change his stage name from Buju to BNXN which is pronounced as Benson, his birth name.