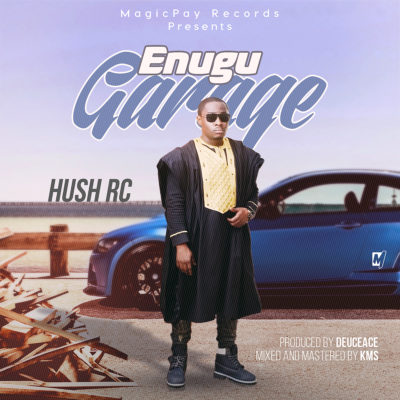 One of Aba Fast rising multi talented Rapper based in Lagos Eberechukwu Nwagwu  popularly Known by his stage name Hush Rc A.K.A (Hush Money) is a Nigeria Based Rapper who hails from the eastern Part of the country with his own unique indigenous style of rap.

Hush has been doing music underground for a long time and finally decides to drop his Igbo version of “Bugatti” by Ace Hood featuring Rick Ross titled “Enugu Garage” which was reproduced by DeuceAce Studios Lagos Nigeria and was Mixed and Mastered by KMS-AE.
Hush is currently signed under Magic Pay Records.