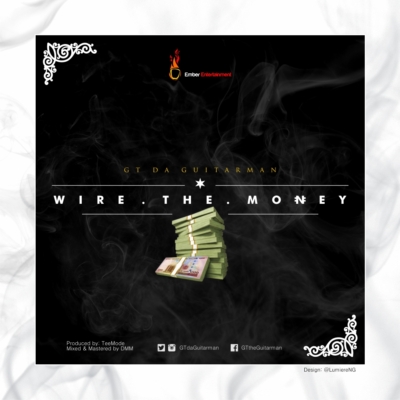 After a long break, Ember Entertainments recording act, GT the guitarman makes a resounding return with Wire the Money. GT sheered
off his comfort zone to deliver this distinct, up-tempo banger off his current album project aptly titled Animal Instinct.  May the new year
wire us all plenty money, Amen.