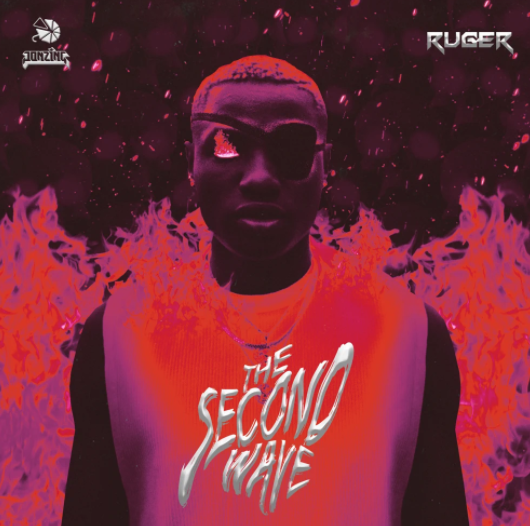 After the success of Pandemic EP, fast rising Nigerian singer, Ruger releases his sophomore EP titled “The Second Wave“. This is fresh from basking on the hit track – BOUNCE which topped charts in Nigeria and UK. Listen HERE!

‘RU NATION !!! We feast on THE SECOND WAVE. Thanks so much for sticking with me from the beginning till now. I love you so much ??. Big thanks to my entire team @thejonzingworld starting from @dprincemavin THE EL JEFE for being such a great boss and mentor to me and also a major influence on this project, thanks to @kukbeatz for kuking (producing) every beat on this project and also being a true big brother‘.

Ruger’s six-track debut Pandemic announced his arrival on the blossoming Afropop scene—and led him to opening for Burna Boy’s 2021 UK tour. On The Second Wave, Ruger reasserts his hitmaking credentials.

His ongoing partnership with veteran producer KukBeat is once again on full display here, sticking with the formula that delivered “Bounce”. On “Champion”, he recalls his humble beginnings as the son of a roadside food vendor and recounts a steady growth from the streets to the stage—with plenty of chest-thumping: “Tell me why you vexing/not yet started, I’m still testing/already impressing.” He makes a call romantic attention on “Snapchat”, a fitting title for a star who first got the attention of label boss D’Prince by way of Instagram freestyles. The EP’s highlight and twilight is “Dior”, where the infectious percussive underlay becomes a neat canvas for Ruger’s distinct wordplay and self-assuredness.

The Second Wave EP proves that despite his relatively short time in the music industry, Ruger, named for the rugged pistol, is not given to shooting blanks.

Enjoy the full EP below