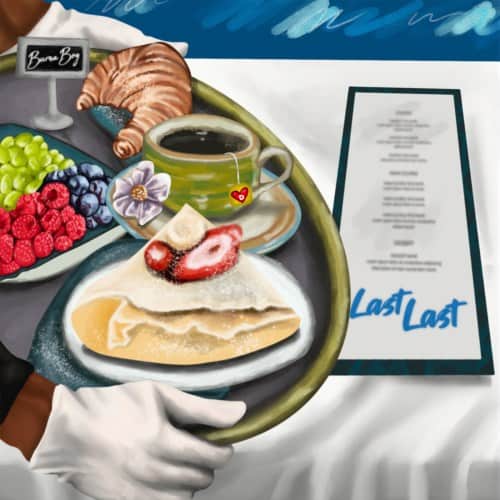 Burna Boy on his upcoming sixth album ‘Love, Damini‘: “It’s a bit personal [because] it’s bringing you into my head on my birthday (Release date, July 2nd, 2022)- when you turn 31 and ain’t got no kids, everything is going good and bad at the same time.?

You reflect and then you get as lit as possible. Then you sleep and wake up and reflect again. I’m reflecting on everything — what I’m doing and what’s happening where I’m from. Where I’m from is a part of where I’m going.”

Burna Boy recently previewed this heart-breaking record, “Last Last” at his sold out Madison Square Garden (MSG) concert. The fans that attended grooved to the jam and shared positive review which left others anticipating the song official release.

According to a source, Burna wrote this song weeks after his Ex-girlfriend, Stefflon Don served him premium breakfast. The break up made Odogwu pen down his feelings… Listen and Enjoy below;