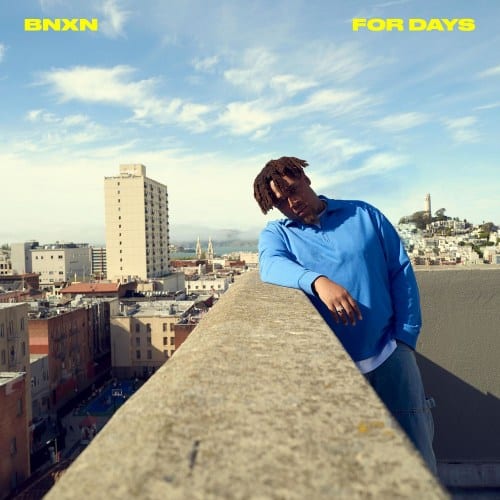 Fasting Nigerian singer, BNXN formerly known as Buju drops his first official single titled, ” For Days “. Though his musical ability was a constant presence in his early years from singing in school choirs and developing a teenage rap career under the moniker Drizzle, to writing songs while studying IT, the story of Nigerian Afro-fusion singer, songwriter and producer Buju is one of an artist gradually coming to terms with his own talent.

BNXN is a fast rising star in afrobeats scene and he has been given his beloved fans hit after hit. He has made appearances alongside heavy hitters like Zlatan (“Spiritual”), Wizkid (“Mood”), LADIPOE (“Feeling”), Blaqbonez with Amaarae (“Bling”), and Savage (“Confident”). The debut EP, Sorry I’m Late sees Buju fully unleash himself as a solo act.

FOR DAYS is a mid-tempo love song produced by Sakpase… On it BNXN sings about missing his lady (lover) for a whole and more. Listen, Watch Video below

FOR DAYS is available for Streaming and Purchase on all Digital Stores, GET HERE!

The post BNXN – For Days (Song) first appeared on tooXclusive.