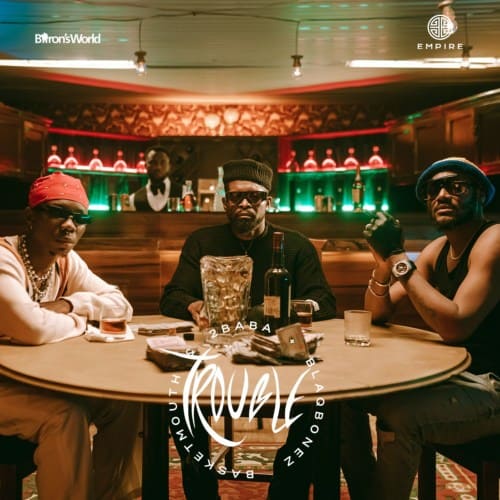 Comedian Basketmouth teams up with 2Baba and Blaqbonez for his new song, title ‘Trouble’.

Bron’sWorld and EMPIRE releases Basketmouth’s new record which he featured 2Baba and Blaqbonez on titled “Trouble“.

This new song is a follow to Basketmouth’s still buzzing single ‘Your Body‘, featuring Buju. YOUR BODY the First track & music video from the upcoming “Horoscope” music album by Basketmouth. Song produced by Duktor Sett, and Visuals by Dammy Twitch.

“TROUBLE” also from the soon to drop Horoscope album, with production from Duktor Sett. It talks about the struggle of approaching ladies at bars, lounges or functions. Sighting and Hijacking someone else lady at chilled points.

‘How this one take concern me?
You come here, come dey accuse me
Say i come here come thief person baby
I no carry gbomogbomo
See me see trouble oo…’