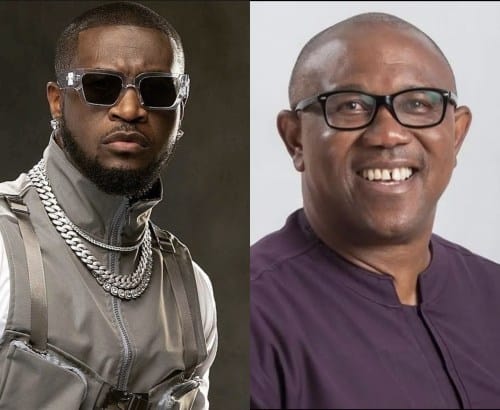 Mr P has slammed the people dragging him on Twitter for supporting Peter Obi.

It would be recalled that Mr. P endorsed Peter Obi on the 23rd of May for presidency. This support wasn’t well received by some Nigerians who felt he has been paid by Peter Obi to say all the nice things he said about him yesterday.

Others felt Mr P isn’t in the position to advise people considering how he and his brother fought for years before they finally reconciled last year.

Reacting to their comments, Mr P revisited Twitter to inform these people that hey have no right to tell him who he should support.

According to him, it is ridiculous for someone with 4 followers to insult and drag him For endorsing a politician. He informed everyone who has a problem with his opinion to get ready to be blocked and blocked.