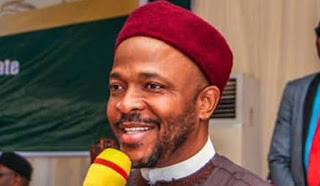 Emeka Nwajuiba, the Minister of State for Education, has resigned from his position to pursue his presidential ambition.

The news of Mr Nwajuiba’s resignation came a few hours after the directive by Mr Buhari that all political appointees participating in the 2023 election as aspirants should resign on or before May 16.

Mr Nwajiuba had vowed not to resign despite section 84(12) of the Electoral Act. However, the Court of Appeal on Wednesday set aside the judgement of the lower court.

Mr Nwajiuba is the first appointee of the president to resign after his directive on Wednesday.

Aside from the Electoral Act, the decision of Mr Nwajiuba to join the race generated outrage.

The purchase of the form for the minister generated negative reactions on social media because of the ongoing strike action by the Academic Staff Union of Universities (ASUU).

The Minister was a member of the House of Representatives from 1999 to 2003 under the defunct All Peoples Party (APP) and was re-elected into the House in 2019 on the platform of the Accord Party before he was appointed minister by President Muhammadu Buhari.

He returned to the House after the pronouncement by the FCT High Court Kubwa, which sacked Chike Okafor, Ehime Mbano/Ihitte Uboma/Obowo Federal Constituency of Imo State, and pronounced him (Nwajiuba) as the winner of the election.

However, the decision of the FCT High court was subsequently upturned by the Appeal Court and finally the Supreme Court. But by then, Mr Nwajuiba was already a cabinet minister.

During his stint in the 9th House, he made a bid for the Speakership position but stepped down for the eventual winner, Femi Gbajabiamila.