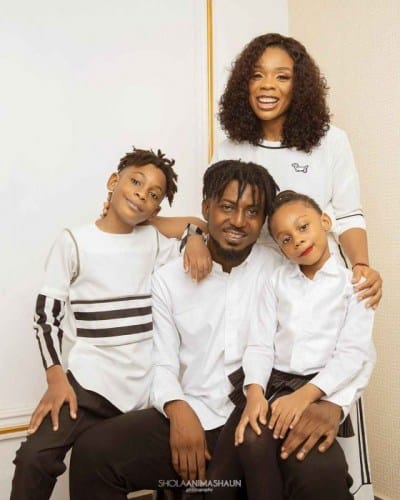 Kaffy’s ex-husband, Papii Ameh has reacted to the accusations levied against him by his ex-wife.

Yesterday, we reported that Kaffy opened up about certain issues that led to her broken marriage, one of them being the fact that her ex slept with not only strangers but also her best friends.

This was revealed while she was in an interview with media personality, Chide Jideonwo.

However, Papii Ameh has now come forward to debunk those claims, as he declares that he never slept with Kaffy’s friends neither was he ever violent towards her.

I will make this as brief as possible. I made a lot of silly mistakes in my life and in my marriage,’ take full responsibility of all my foolishness with absolutely no excuses.

However, I never slept wit your best friend or close pals-neither have I ever been violent towards you,contrary to the narratives flying around about me. Anyway, It has been a year since the marriage officially ended.

l’ve tried to move on and I do advise you do the same too. I wish all the very best to both of us as we move on maturely.

The end of our marriage should not be the end of our lives.This is the first and last time I will speak on this subject.
Papii J.