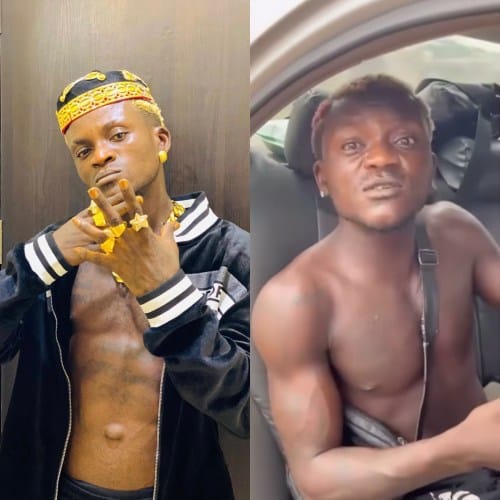 Fast-rising singer, Portable has tendered what seems to be an apology to the Headies organizers.

We earlier reported that the Headies Community threatened to disqualify and even arrest Portable following a death threat he made to his co-nominees.

You would recall that Portable threaten to kill the artists who will win the two categories he was nominated for (Rookie of the Year and Best Street Pop artiste).

Reacting to this, The Headies community asked him to apologize and retract his statement as well as delete the video.

Portable took to his Instagram account to apologize to them. According to him, he was just trying to secure his awards because he deserves to win.

Portable stated that his video wasn’t intended to hurt anyone, but just for the sake of the cruise. He also informed the Headies to expect more drama, after all, they were aware they nominated a madman.