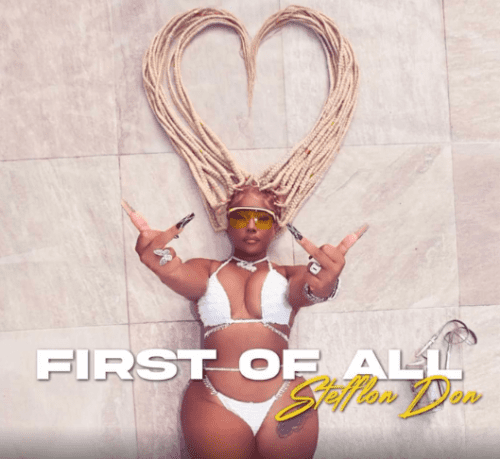 On the 26th of May, Stefflon Don revealed she is ready to tell her side of the story after Burna dropped a heartbreak song with her name all over it.

“First of all my side of the story”, she captioned an artwork of a new song she promised she will drop when she gets 40k comments.

She also shared a snippet of the song where she sampled a line from Burna Boy’s ‘Last Last’ and, mocked him for being the only one whose heart was broken.

Reacting to this, Burna’s guy, King Manny hopped on Instagram to call Stefflon Don an ingrate and clout chaser. He reminded her of all the things Burna Boy did for him and how she is still cashing out with his name.

“You dropped 4 songs about your side of the story already and nobody cared, now you have sampled him, Congrats you are finally getting your clout Don’t ever say Burna boy did nothing for you, and he is still doing for you even after almost a year of breaking up”, he wrote.

Buju on the other hand said he would love Burna Boy to repost her diss track with a laughing emoji so she will will test him and ask what is funny. 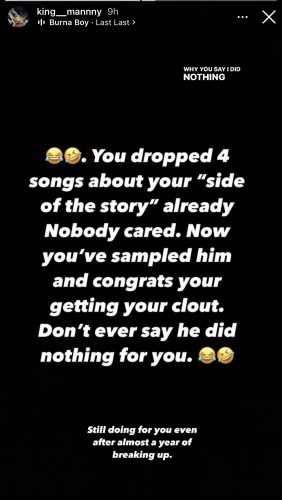 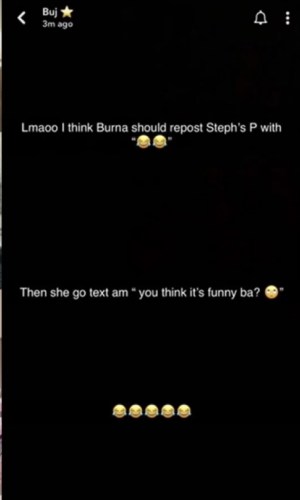