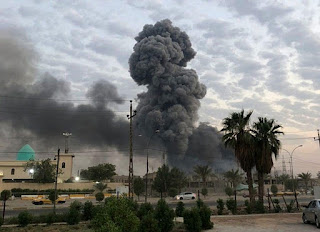 The explosion went off at a school in Aba Road, leaving parents running helter-skelter to pick their children.

An eyewitness account in a video going viral said the blast was by a suicide bomber.

Information were still sketchy as at the time of filling in this report.

Effort to get the Kano State Police Public Relations Officer, PPRO, SP Abdullahi Haruna Kiyawa, proved abortive as he didn’t respond to calls put across to his phone.

Meanwhile, authorities were yet to officially issued any statement confirming the incident.