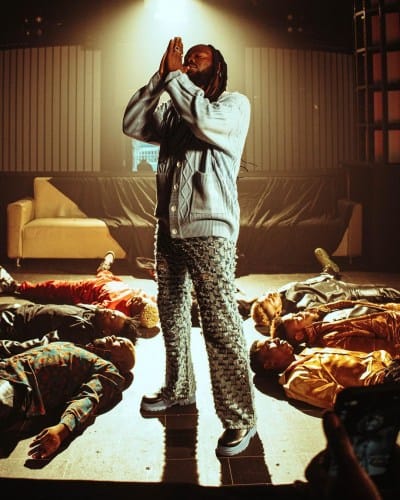 Adekunle Gold, has just confirmed that Man U has him under a spell.

AG Baby who was wearing his customized Manchester United Jersey asked himself why he is still wearing the jersey. He confessed that he hates the fact that he loves Man U so much when it’s so obvious that they are a disappointment.

Adekunle Gold added that he has no idea what this football club has done to him, but one day ‘E go clear’.