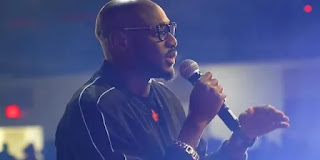 The management of the institution thanked the music star for the kind gesture.

The music star made this known via his Instagram page on Tuesday, March 15, 2022.

"Sometime ago I was honoured by the Great OAU as I was inducted into the school of music as A Fellow Of The School of music,'' he captioned the video of the opening ceremony.

He also revealed plans to build a similar studio at the Benue State University (BSU).

He also revealed plans to build a similar studio at the Benue State University (BSU).

Today I just commissioned the multimillion # studio I built for the music department in OAU ile-ife. up next is Benue State University #GRATEFUL #WARRIOR."

The musician shared a picture of himself and Eyitope Ogunbodede, OAU’s vice-chancellor after the studio was commissioned.

In his welcome address, the Vice-Chancellor appreciated the singer.

Ogunbodede revealed that OAU now has the best recording studio in any Nigerian university, thanks to 2Baba.